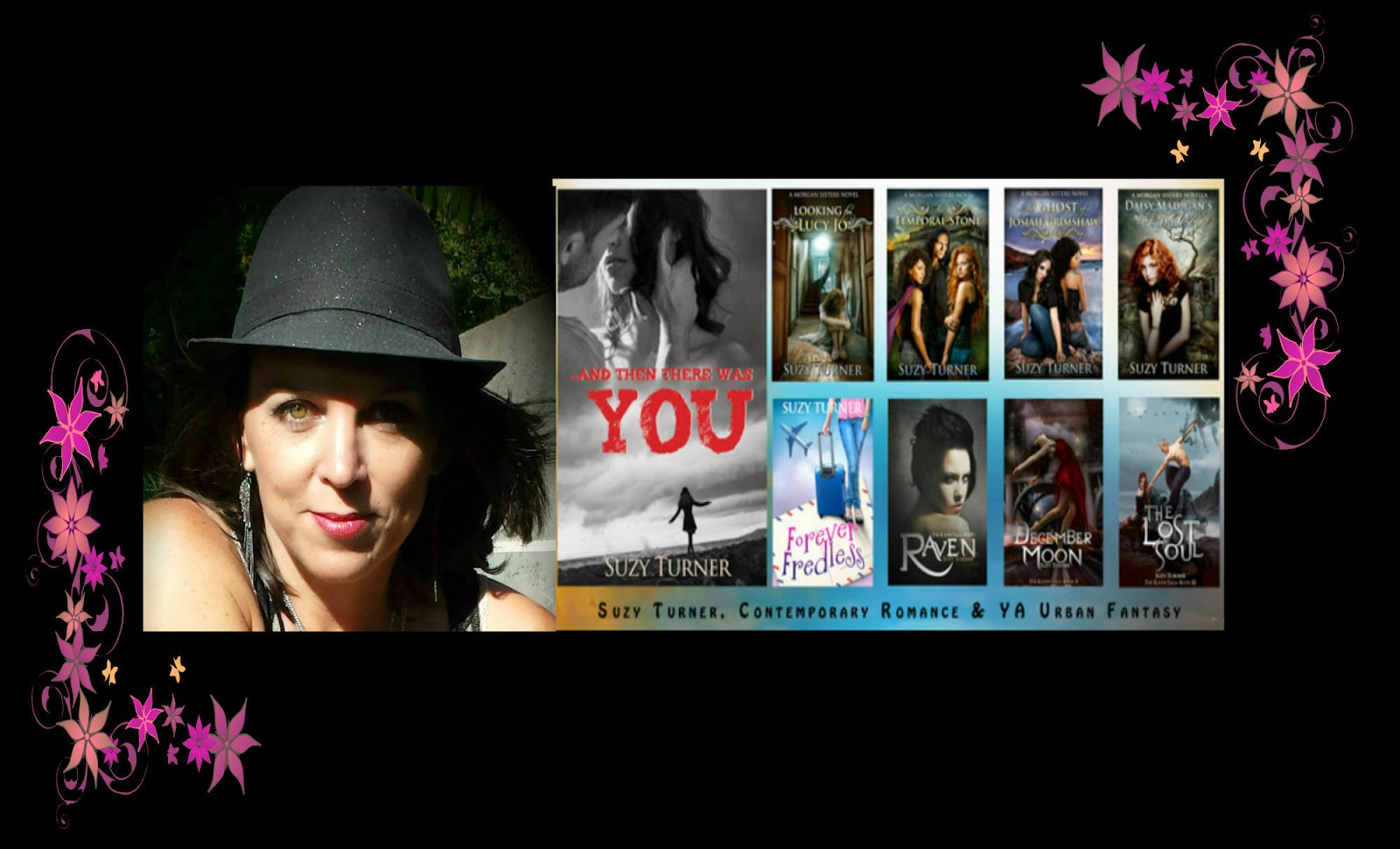 ABOUT THE AUTHOR - SUZY TURNER

Although Suzy is a Yorkshire lass at heart, she left her home town of Rotherham, UK, to move to
Portugal with her family when she was ten. The Algarve continues to be her home, where she lives
with her childhood sweetheart, Michael, two neurotic dogs and a cat who thinks she's a princess.
Shortly after completing her studies, Suzy was offered the position of trainee journalist for a
local English newspaper. Her love of writing developed and a few years later she moved on to
become assistant editor for the region's largest English language publisher. Since then she has also
worked as the editor of one of the Algarve's most loved monthly lifestyle magazines. Early in 2010
however, Suzy began working as a full time author. She has since written several books: Raven,
December Moon, The Lost Soul (The Raven Saga), Daisy Madigan's Paradise, The Ghost of Josiah
Grimshaw, The Temporal Stone, Looking for Lucy Jo (The Morgan Sisters), Forever Fredless and
And Then There Was You.

APRI: Could you tell us a bit about your path to pulication?

ST: Of course! I actually used to work as a magazine editor but I was made redundant less than a year
into the job because of the economic climate. As I'd already started to write my first YA book
(Raven), it just seemed like the perfect time to try and get it published, so I became a full time
author (cool, huh?). I tried to find an agent but it proved incredibly difficult so I started researching
self-publishing and the rest, as they say, is history! I've published nine novels in totals.

APRI: For you what is the hardest part about being a writer? What do you love about it?

ST: I think the hardest part is marketing and promotion. It's part and parcel of an author's life these days and it's not easy! I love almost everything else about it though. Right at the beginning when I get an idea in my head right through until I write The End. It's enormously satisfying.

APRI: What advice do you have for aspiring young authors (children and teenagers)?

ST: To go for it and dream big! Write what you're passionate about and don't let anyone get you down. You CAN do it, as long as you believe in yourself.

APRI: Can you give us any insights into the stories behind the novels?

ST: Raven was inspired by a visit to Canada in 2009. I was sitting on a glorious beach surrounded
by huge pieces of driftwood and fish kept jumping out of the water in front of me. My mind just
went into overdrive and I started to imagine vampires, changeling and werewolves all hiding in the
forests behind me. It was wonderful!

The Morgan Sisters series was actually inspired by a man I worked with on a movie a couple of
years ago. He was such a great person to be around, really fun, you know? Well, I just knew that I
wanted to create a character based on him. Declan Alexander was born shortly there-after.

APRI: What was your reading life like? Did you have any favorite titles or authors and if so which
ones and why?

ST: I'm a HUGE reader. I just love books so much. I love being taken away deep into my imagination. I've read so many awesome books over the years. However I didn't really discover YA urban fantasy until Harry Potter and Twilight! Since then I read just about anything – YA, chick lit,
contemporary romance, drama, mystery, etc. But my favourite is definitely YA urban fantasy. Some
favourite indie authors include Melissa Pearl, Patti Roberts and Shalini Boland.

APRI: Why did you start writing young adult romance?

ST: Actually my romance books aren't YA, they're more for adults. Although Forever Fredless can be
read by younger readers. I actually started writing FF before Raven... years ago! But I kept stopping
for various reasons. It wasn't until recently that I finally got it done! 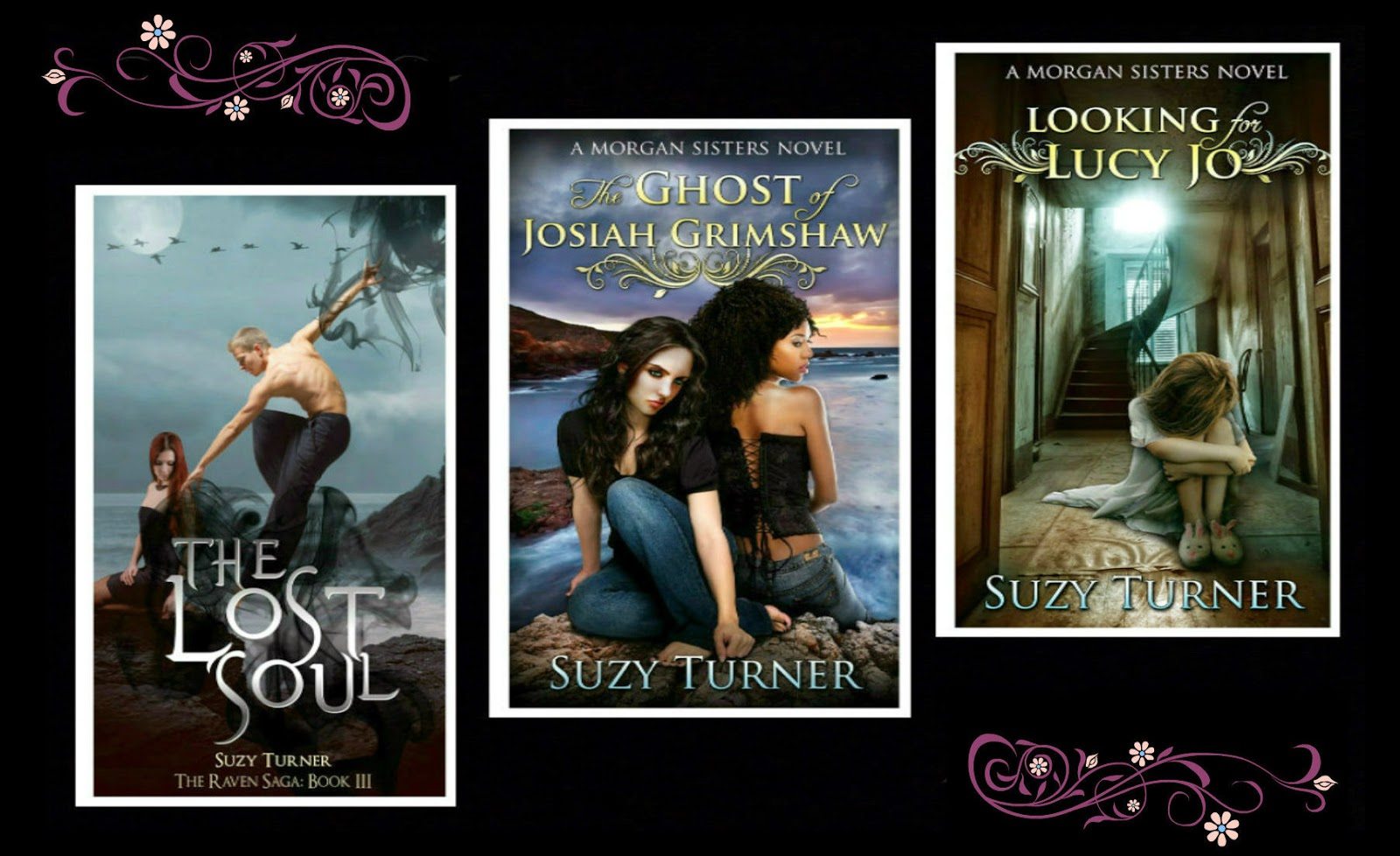 APRI: What is your best advice for hopeful YA writers?

ST: YA is HUGE right now. There's potential to reach so many readers because it doesn't just appeal to teenagers, it's also really popular with adults too, especially women. My advice is to read read read. The more YA you read, the better YA writer you'll become.

APRI: What kind of research do you do to write romances?

ST: I haven't done any research for either of my romance novels – all the places they're set in, I've been to. So I guess you could say I wrote from experience :)

APRI: What were you like as a teenager, writing and otherwise?

ST: I was a really well behaved teenager, apparently a nice kid to be around! I wasn't ever particularly
moody and I always helped my dad around the house. My mum died when I was 13, so maybe
that had something to do with it. I didn't write much, except for school but reading? Well, I read
anything I could get my hands on – horror, chick lit, romance, cheesy romance, kids books. I loved
it all!

APRI: Is it possible to find bits of you in your characters? If so which one(s) and which bit(s)?

ST: I think there's probably little parts of me in every character I write. But none are really based on me.

APRI: Where do you work now? How is the space conducive to triggering your imagination?

ST: I'm very fortunate to have the most beautiful little summer house in the garden where I write. It's quite new so I've only written one book in there but I was like a thing possessed! I wrote that first draft in less than a week, so I guess you could say it's the perfect writing nook!

APRI: What about adults interested in breaking into publishing?

ST: My advice is the same as it is for kids. Stay positive, don't let negativity get you down and read as much as you can. Reading is just as important as writing. Oh and never give up. If you are passionate about it then you will succeed. 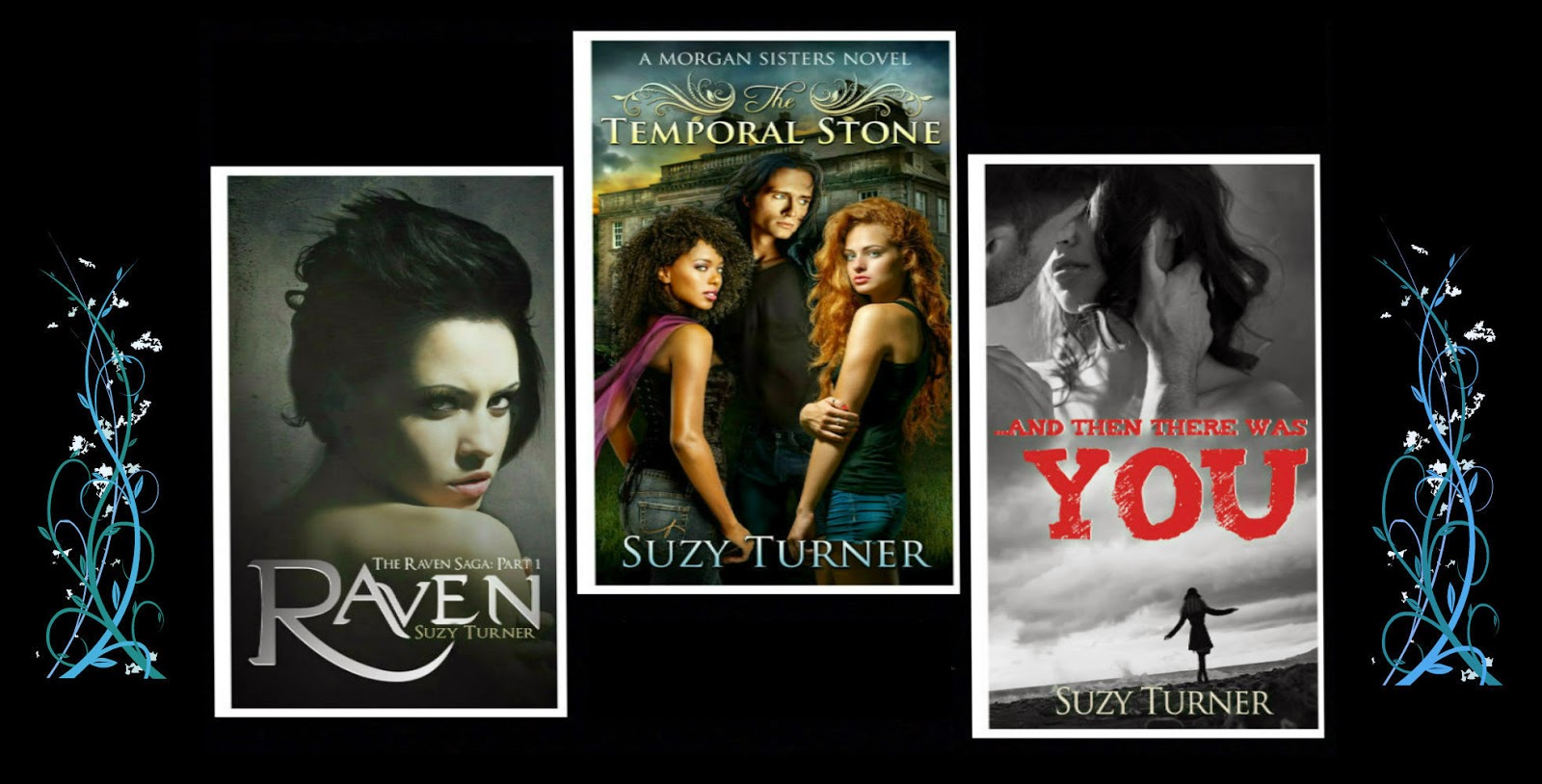 APRI: What question have you always wanted to be asked in an interview? How would you answer that question?

ST:  Oh that's a tough one. I'm not really sure to be honest!

APRI: If you were writing a book about your life what would the title be?

ST: Love Is All Around (that's very cheesy, I know!)

ST: Anyone who has never made a mistake has never tried anything new - Albert Einstein

APRI: Does the age of your audience affect how you develop characters or the kind of story you decide to tell?

ST: I actually prefer writing for a younger audience so I'm more used to writing those kind of books than writing for adults so it's when I write adult books that I have to change my mindset! I guess that means I'm still a kid (just a big one!).

APRI: What are you working on now?

ST: I'm currently having a break as I'm going away on vacation very soon (YAY!) but my next book will be something I've been planning over recent weeks. It's another Raven Saga book! Back by popular demand :)

APRI: Is there anything you would like to add?

ST: Just to say thank you so much for this interview. It was really good fun! Oh and Merry Christmas:) 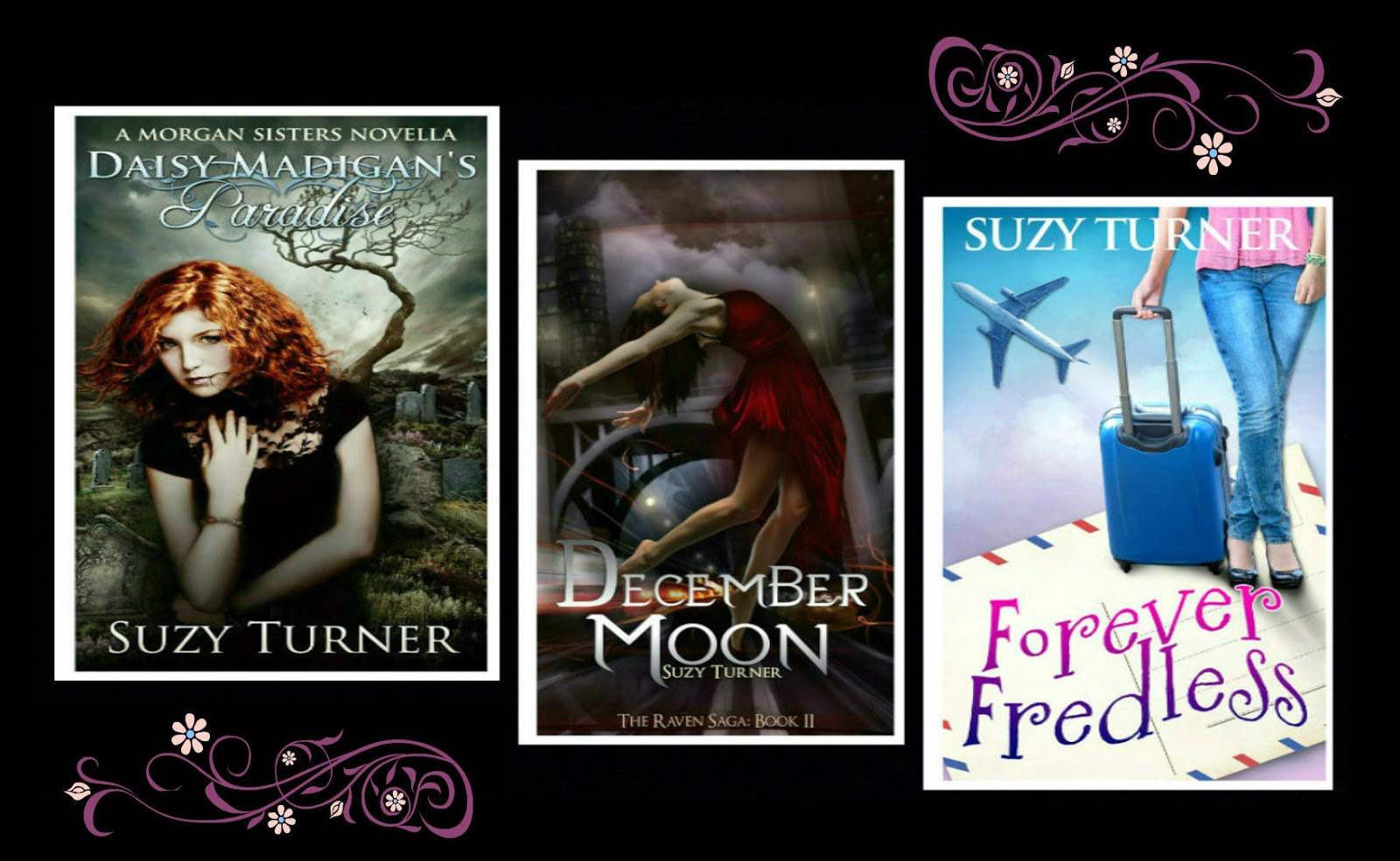 For more information about Suzy Turner see links below:

Posted by Kiler Davenport at 6:29 PM