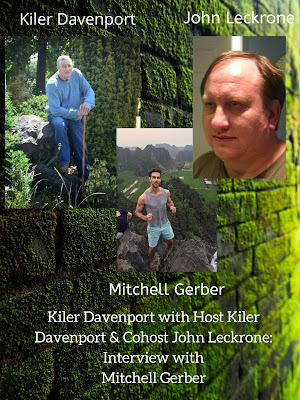 On this episode of Kiler Davenport Live we did a very special investigative report on illegal organ harvesting that is happening in China and around the world. Our special guest was Mitchell Nicholas Gerber, he is on the front lines working undercover, and exposing hundreds of thousands of folks who are locked up in these reeducation camps or prisons, and held there until they are needed or the organs that are in their body are needed; and they are taken to the hospital, and sedated and the organs are removed and transported to where they are needed. These are crimes against humanity of the worst kind, and this practice must be stopped. Please listen to and share this blog post with this interview. Help us save lives, and stop all of this suffering and pain and death at the hands of these monsters.


Mitchell Nicholas Gerber is a veteran activist, who has dedicated his life for the last 16 years to exposing The Forced Organ Harvesting of The Falun Gong spiritual movement in China. With a resilient character and a determined mind, he has been working hard on the frontline of a significant cause; which has been coined a “New form of evil.” Mitchell has been traveling the world in a crucial attempt to raise awareness about The Forced Organ Harvesting of The Falun Gong in China; where hundreds of thousands of these innocent practitioners have been rounded up, sent to over eight hundred state mandated hospitals; their organs cut out of their bodies while Alive; the organs then sold for massive amounts of profit, and the bodies then burned in crematories to conceal the evidence.
Mitchell’s intention is to get the word out about The Forced Organ Harvesting in China; across as many media outlets and channels as possible, and he calls to action kind hearted human beings who will welcome an interesting discussion about this continuing crime and pressing topic.

Posted by Kiler Davenport at 10:29 AM No comments: