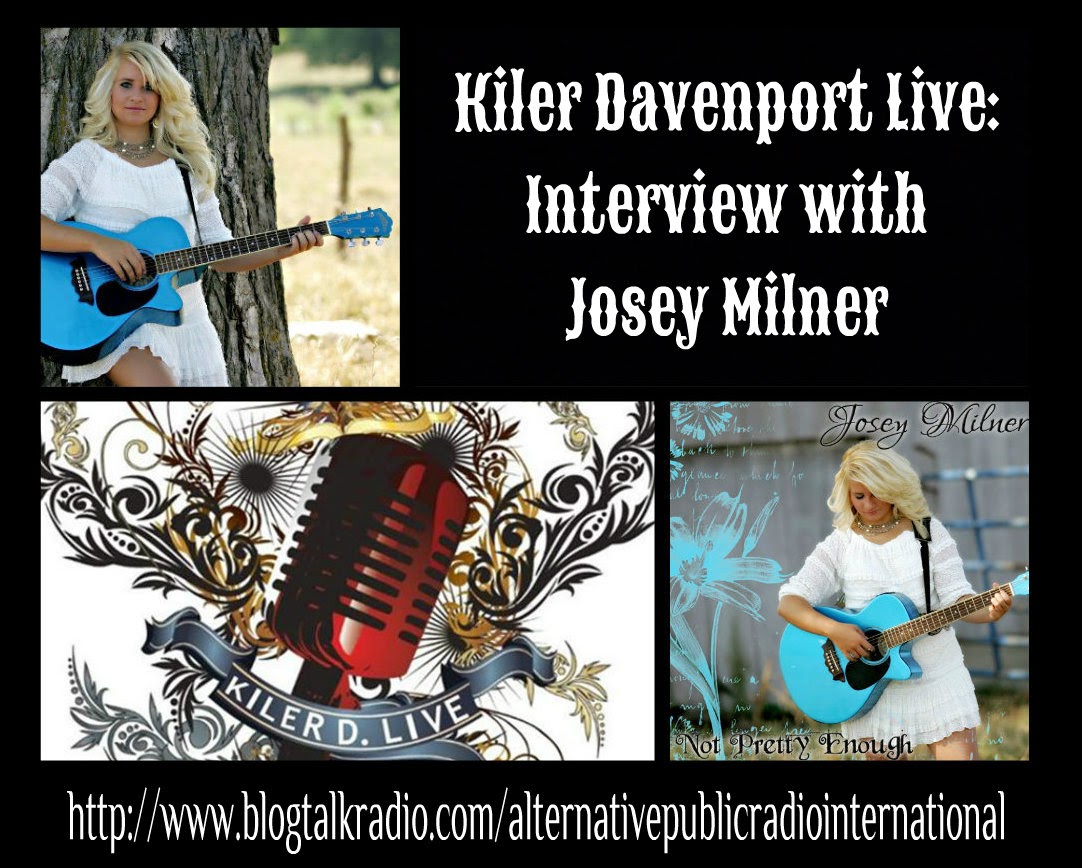 Country Music Starlet, Josey Milner burst onto the international radio airwaves with her first release in September 2012, a cover version of Miranda Lambert’s “Dead Flowers.” The debut international single from this Kansas City, MO native received airplay overseas in Belgium, Netherlands, Australia, UK, Austria, Germany, Denmark, Canada, Poland and Japan, while placing in the Top 10 of an internationally-recognized country music chart. Meanwhile, her Youtube video for another classic cover, Patsy Cline’s “Walking After Midnight” has received more than 60,000 views. With recent performances at fairs and festivals in Kansas and Missouri, including a spot on the Missouri State Fair and an opener for country star Chris Cagle, this former teen rodeo and pageant princess is poised for stardom on the international country music stage. In January 2013, Josey embarked on her very first radio promotion tour, visiting stations in Tennessee, Kansas, Missouri, Iowa and Oklahoma. Also that month, she was named as one of the Top 10 “Hottest New Stars” in a book from PDS Entertainment. In April, Josey was nominated for Most Promising Youth Artist at the 2013 Independent Country Music Association awards. One thing is for certain, wherever her music may take her, she will always remain the small-town girl with the rodeo spurs still hanging on her wall. For more information on Josey Milner, please visit www.joseymilner.com.
Posted by Kiler Davenport at 7:07 PM