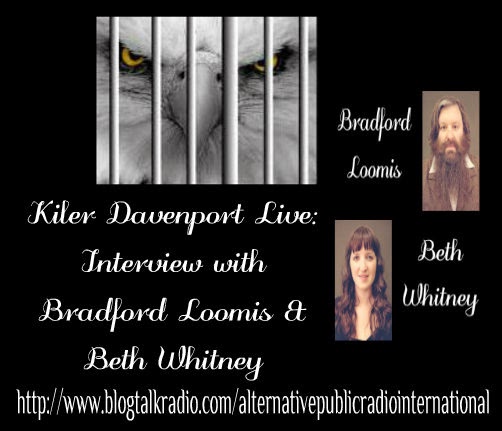 When artists Beth Whitney and Bradford Loomis began writing together, they had no idea their casual co-writing experiment would blossom into the much anticipated album The Banner Days (releasing August 23rd on MTS Records). That first night, they wrote “My Beloved” in two hours. And after a few more writing sessions, it was clear to both, that these songs merited a bold decision. From the first time they played together, along with Beth’s husband/collaborator, Aaron Fishburn, the chemistry has been powerful. The combination of Beth’s delicate, pure, and melodious voice and Bradford’s soulful, growling tone makes for a beautifully heart wrenching harmonious blend. Their dramatic crescendos, minimalist intensity, through intricate harmonies have elicited comparisons to The Civil Wars, the Swell Season, and Robert Plant and Alison Krauss’ Raising Sand. With equal parts sweetly anthemic, pop tinged folk, provided by Beth, and Bradford’s gritty, passionate Americana Roots sound, The Banner Days is an intrepid step for both artists.