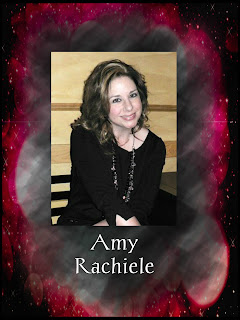 Amy Rachiele is a Reader, Writer, Tea-er, Werewolf-lovin', Sci-fi Junkie, who won't survive the Apocalypse unless she has a tailor made Iron Man suit.

Amy is a military spouse and brat who spent many years volunteering and on staff for the Army National Guard, and who has a propensity for writing about alpha-male mobsters. Her first self-published book is Mobster's Girl and it made it to Amazon's bestseller list for romance and family saga.

She devoted 10 years to teaching at-risk students at the secondary level and watching reruns of Star Trek. She holds a Master's Degree from Rhode Island College in English and Secondary Education. Besides writing, she enjoys scrapbooking, sewing, traveling, and pretending to know how to knit. Amy lives in Massachusetts with her son and husband. 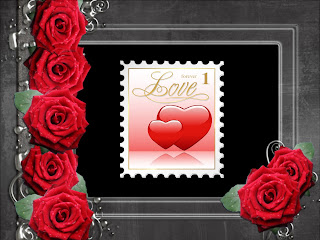 APRI: What do you see as the most important first step in considering self-publishing a book?

AR: Commitment. You must be committed to completing your project. We all have good intentions, however, once you start you realize how much work it is to follow through with your endeavor. Many people abandon projects.

APRI: How significant is book design in contributing to book sales and self-publishing?

AR: I have wrestled with book cover design since I started self-publishing in 2012. I have made a few covers myself and have paid for most of them. I find with my genre niche of Mobster Romance, an alpha-male on the cover usually draws the most attention.

APRI: How important is self-promotion when self-publishing a book?

AR: Self-promotion is critical because I am not only the writer but I am also the marketer, cheerleader, and publicist. I have to dedicate a great deal of time in developing my platforms. No one will find me if I don't advertise. Indie-publishing is a small business venture and I must treat it that way. I have developed a business and marketing plan to keep me focused.

APRI: What avenues of self-promotion did you find to be most effective and accessible?

AR: The most effective avenues of self-promotion for me have been advertising on Facebook groups dedicated to books and authors, and a website. Developing a mailing list of dedicated followers has also been instrumental in continuing to build a fan base.

APRI: What advice would you give self-published authors about book tours?

AR: I have only participated online book tours. They seem to help get the word out about a new release. i always notice a spike in sales after I have been to one. 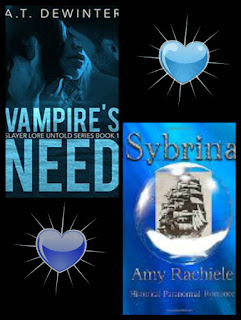 APRI: What was your greatest challenge in self-promoting your book?

AR: My biggest challenge in self-promoting my book has been taking the time away from writing to promote my currently published works. There has to be a balance. Hiring people to do advertising is helpful, especially if they are familiar with the inner workings of the Internet that you aren't, but no one will take care of your small Indie book business better than yourself.

APRI: Where do you get your ideas?

AR: The word "ideas" is a very broad term. Usually, the action or plot of the story is taken from a story I may have heard about while growing up and taking it and making it ten times bigger. The characters though are what some authors like to call muses. They are characters in my head that want their story told. Many are inspired by people in my life or have appeared in my head spontaneously.

APRI: Are you a romantic?

AR: I am definitely a romantic and find enjoyment in reading romantic stories that have a great deal of action and adventure mixed in. I love paranormal romance and historical romance even though they are not the main genre that I write in.

APRI: Where do you write?

AR: I do not write in one specific place. I use my mac desktop, laptop, and my phone to write. I take my work with me wherever I am going in case the mood strikes or I have an epiphany for one of the projects I am working on.

AR: I love to travel in my spare time, and I take my writing with me always. At home, I enjoy such crafts, such as quilting and needle felting. I have recently purchased a spinning wheel and learned how to spin raw fiber into yarn. I am currently learning how to weave on a loom. I truly love to learn how to do new things. 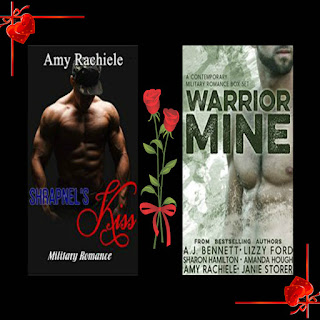 AR: My writing style is defined as a "panster" which means I do very little planning. I have some idea of where the story is going and how it will end, but I do not sit and plot every scene and chapter like a "plotter" does. I let the story and the characters lead me. I have attempted to plot but the story always takes me in a different direection than what was plotted out. I would like to be a combination of both plotter and panster because I feel that it would strengthen my writing. Being a writer is similar to being a painter, the more you do it the better you get. I believe that is true with all of the arts.

AR: I first started writing in the 7th grade. I wrote a story about some family drama that was going on. The title of it was The Will. I never finished it nor do I have it at this point in my life, but I will never forget writing it. The biggest influence in my writing has not been my own, but the writing of others. As a child, I was a huge reader, even now in adulthood. I believe you have to be an avid reader to be a writer.

I began to seriously consider self-publishing a book in 2008. I never finished it and tossed the original draft in the trash. I still am planning on completing that book because I love the characters. I have restarted A Walk in Hell three times. I hope to have it published in 2015-2016 under the pen name A.T. DeWinter.

My first self-published book, Mobster's Girl, came out in June of 2012. It made it to several best-seller lists on Amazon and I was shocked. It became a series and there are now five books currently available in the Mobster Series (All of my books can be found on all major book sites. Kobo, Ibooks, Googleplay, Smashwords, etc.)

APRI: How do you market your work? What avenues have you found to work best for your genre?

AR: The best avenues for marketing the Mafia/Mobster genre are the major social media sites, and teaming up with other authors in the same genre niche. 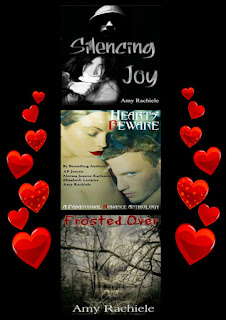 APRI: What project are you working on now?

AR: I am currently working on four projects. A short story called "Enforcing Fate" for a  for a Mafia/Organized crime anthology that is going to be published by Limitedless. The short story will be the beginning of book 2 in a new series I have coming out called The Chicago Mob Series. Book 1 is Mobster's Angel and Book 2 is Mobster's Fate. I also have A Walk in Hell that I am trying to finish.

APRI: Who is your favorite character from your book and why?

AR: My favorite character is Vito and he is in all of my Mobster Series books. he became a very popular character, and I wrote his story in Mobster's Angel. He exemplifies a larger than life mulit-leveled character that is an anti-hero.

APRI: How did you come up with the title of your book or series?

AR: I was given advice from another author that the title should make it obvious about what the book is about. I felt using the word mobster in each title would help readers who enjoy that genre to find me.

AR: What do I like to read? My genre is not one I would pick up naturally. It comes naturally for me to write, but not a first choice for enjoyment reading. I am a vampire, werewolf, sci-fi romance reader. I love a great shifter story. I am thoroughly enjoying Laurann Dohner's New Species sci-fi series--each book never disappoints.

Posted by Kiler Davenport at 1:07 AM