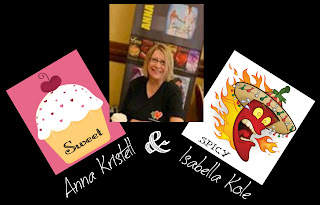 Anna Kristell is a small town gal from Southern Indiana with a passion for romance. She has lived in Ohio, Oklahoma and Texas, but returned to Indiana in 2005 where she resides with her husband. An avid romance reader since her teens, it has always been her dream to create love stories of her own.

When she is not writing, she can be found at her day job in the billing department of a local community mental health center, reading, traveling, or spending time with family and friends.

When not writing, Isabella can be found traveling around signing books and meeting her readers, working at her day job, or simply enjoying life. 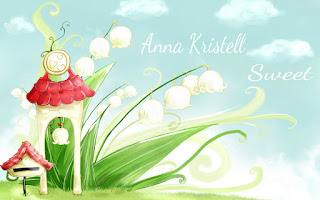 APRI: What's your writing process. How did your book(s) get from idea to something submission worthy?

AK: I work a full time day job, so my writing process is somewhat erratic, to say the least. Ideas come to me at all times and when I have time, they become books. I usually write out an outline and the blurb first, from there I begin the book, a lot of times straying from the original outline during the writing process. To get to submission worthy status, I have beta readers who go over the book, word by word, with a fine tooth comb. I go over it myself several times before submitting it.

APRI: When did the fact that you sold become "real" to you?

AK: Probably the day I received my first book cover. Seeing my title, my characters and my name on that cover spoke volumes.

APRI: If you had one specific piece of advice for people pursuing publication, what would it be?

AK: I say it all the time to aspiring authors. "Don't give up." It took several years for my first idea to actually become a published book. I hit the ground running after that, but only because I never gave up. I researched publishers, I submitted and I waited. I was rejected. I researched more publishers and I submitted. I wrote another book and I submitted to another publisher. Three days later, I had a contract for the second book. One week later, the contract came for the first book from a different pub. And so it began... 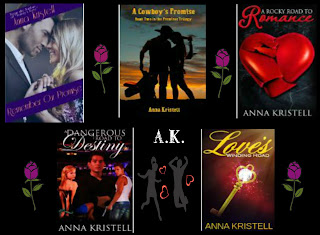 APRI: What's the hardest part of the writing process?

AK: For me, I'd have to say it's coming up with a believable conflict. All romance storylines have to have a conflict, something keeping the hero and heroine apart. I can dream up all kinds of scenarios, but are they going to be believable to the reader? I have an active imagination, but will others like the idea? Luckily, I have people to bounce my ideas off of. They don't hesitate to tell me if an idea stinks.

APRI: What is erotica all about? 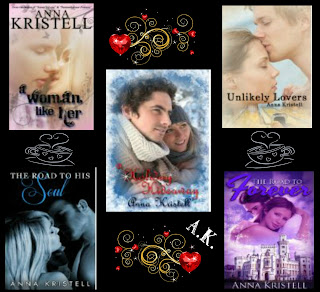 APRI: What's your favorit line from any movie?

AK: "Frankly, my dear, I don't give a damn." Rhett Butler, Gone With Wind.

APRI: If you were to create a slogan for your life, what would it be?

AK: "Set aside a moment in each day for words, whether read or written, and no matter what the day brings, there is that one brief moment of pleasure to see you through anything." 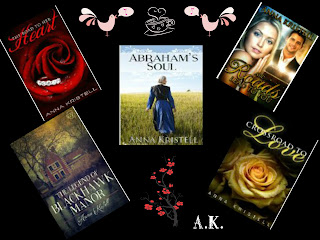 APRI: What was the unique about the setting of the book and how did it enhance or take away from your story?

AK: All of my stories take place either in a place I have lived or visited. I think that enhances the story, because I know the area firsthand. I can name real places of interest, which I feel makes the story more unbelievable.

AK: I started writing as a child, but my first novel began in the year 2000. It was stopped several times and finished in 2008, put on the back burner, and picked up again in 2012. I rewrote it and I received a contract for it in August of that year.

APRI: How did you come up with the title?

AK: My titles sometimes just come to me and other times, my daughter or one of my beta readers come up with an idea. My first book, Crossroad to Love, was decided upon because each of the four female characters in the story was at a crossroad in her life. The rest of the books in that series have the word Road in them to go along with the first one. Hence, my logo, Road to Romance. 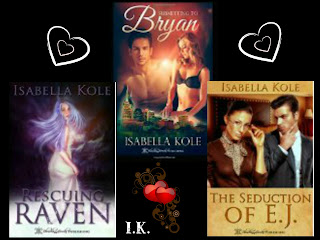 APRI: Are the certain characters you would like to go back to, or is there a theme or idea you'd love to work with?

AK: I love to go back to my characters. My first book became the first in The Fab Five series, published with LazyDay Publishing. Another favorite of mine, Remember Our Promise, became the first in the Promises Trilogy, released by Rebel Ink Press. I recently wrote a ghost story novella, which will be the first in a series for Mystic Books. Even my spicy side turned her first book into a trilogy. As far as a theme, I'm seriously considering trying something with a racing theme...hot race car driver or crew chief...

APRI: How do you feel about ebooks vs. print books and alternative vs. conventional publishing?

AK: Another great debate! I prefer print books for my own reading pleasure, however, I understand the concept behind ebooks. It's much more economical to publish an ebook, and many people prefer reading on a device. When traveling, it's much easier to pack a week's worth of reading onto a device rather than take along a handful of paperbacks.There are pros and cons to both.

As far as the publishing part of your question, wow. That's a biggie. For me, I waited so long and worked so hard to get picked up by a publisher, the idea of self publishing doesn't appeal to me. That's not to say, I won't try it at some point in the future. I've considered it and I'm sure I will again.

There are a lot of successful authors who self publish. Right now, I write for four different publishers and I don't have time to even think about self publishing, which entails a lot of work. In a few years, I hope to retire from my day job, and devote my days to writing full time. At that time, I may revisit the idea, as I would have more time to devote to the details. In a nutshell, what works for one doesn't always work for another, so I think each author should do what works best for him or her. 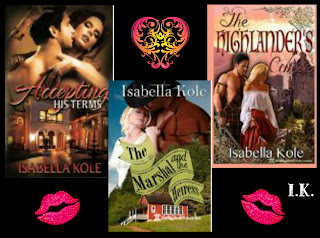 APRI: What do you think is the future of reading/writing?

AK: Audio books are becoming very popular. I think we may see an increase in the sales of those. People will always read and they will always write. Genre preferences will change from time to time. What's selling the most right now may not sell as well two years from now. It's important to stay informed and to know what your readers want.

APRI: What did you find most useful in learning to write? What was your reason behind writing under two different pen names - one for romance and one for erotica romance (ex: were you planning to write multiple fiction genres)? Why?

AK: Q: Where do you see yourself in five years? A: In five years, I hope to be splitting my time between writing full time and traveling to author events, signings and conferences all over the country. It would be a dream, combining my two loves, writing and traveling. The conferences I've been lucky enough to attend in the past two years have given me access to valuable workshops and the opportunity to meet and become friends with a multitude of readers, authors, publishers, bloggers, reviewers, models and more. I've visited cities I never thought I'd ever see. If I had the time, I would see so many more. Writing has opened up a whole new world for me. I love every aspect of it, from creating the story, to stalking the rankings on release day and finding that I am bestseller, to sharing it with people from all over the world. To meet a reader at a signing who tells me she has read every one of my books melts my heart. Of course every author dreams of hitting the NYT or USA Today bestseller lists. Yes, that would be awesome, a dream come true, but even if it never happens for me, the fact that there are people out there anxiously awaiting release day for an Anna or Isabella book makes it all worthwhile.