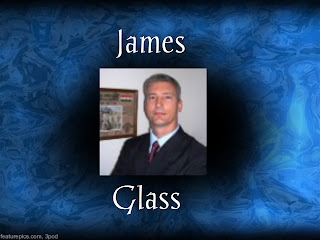 
James C. Glass achieved the rank of Command Master Chief before retiring after 22 years in the United States Navy. He is a graduate of the Senior Enlisted Academy and the Command Master Chief School. This is his first book. He was born in Pensacola, Florida and enlisted in the Navy in 1989. He completed tours aboard the USS Mobile Bay
(CG 53), USS Yosemite (AD 19), USS Monterey (CG 61), and USS Thomas S. Gates (CG 51). He also completed tours at Shore Intermediate Maintenance Activity, Mayport, Florida, Naval Air Station Brunswick, Maine, and Mobile Security Detachment Two-three in Portsmouth, VA. Finally, James completed two tours in Iraq during Operation Iraqi Freedom.

After retiring from the Navy, he and his family moved back to Florida. He's been married for 22 years and has two children. James and his wife welcomed their first grandson in November. James has a Bachelor's Degree in Applied Management from Grand Canyon University. 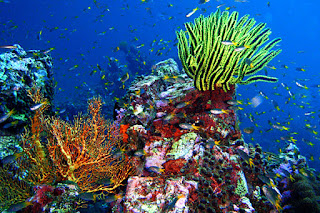 APRI: First off, tell us how you got into writing crime fiction?

JG: I was an investigator in the United States Navy. After I retired, I felt the urge to write. Since my background is in criminal justice, I started writing crime thrillers.

APRI: What do you think crime fiction lovers are going to love about your book?

JG: To be able to delve into the story and get lost with the characters. The killer is a psychopath who is very charming until you see what he's really about. The protagonist is a detective with great insight and the innate ability to track serial killers. This is the kind of book that will keep you up late at night.

APRI: What inspired you to write crime fiction?

JG: The love of writing keeps me going, I have so many stories floating in my head, it's difficult to figure out which one to write next. I have found when I finish writing a novel, I have to start off writing three separate stories. As they progress, the one that tugs at me the hardest wins out.

APRI: Are you a crime fiction reader? Who are you favorite authors?

APRI: Which music, books or films have floated your boat recently?

JG: I love music. Doesn't matter what type or generation as long as it's good. I don't watch many movies. The last one was Gone Girl. I love books though. I recently read The Bone Tree by Greg Ilse. What a great storyteller.

APRI: When did you know that you were born to be a writer?

JG: Recently. I started writing shortly before retiring from the Navy. Once I started I couldn't stop. For me, writing isn't a hobby, it's something I have to do everyday. I go a little stir crazy if I don't write after a few days.

APRI: If you were a traveling genre salesman, going from door to door and trying to interest people in a specific genre, what would be your sales pitch for CRIME FICTION?

JG: Crime fiction isn't for the weak-minded or faint of heart. They're the stories you share with your friends to keep them awake at night.

JG: Although I have experience as an investigator, I still research my writing. For my last book I solicited the help of a medical examiner and a retired FBI agent. They provided a wealth of expertise. Although it's a work of fiction, as a writer, you must stay true to the technical aspects of the story. 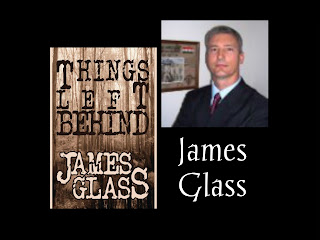 APRI: What's the most difficult part of being an author?

JG: For me, it's starting a new story. When I complete a novel, I go a little crazy from not having a new story to delve into. To counteract this feeling of craziness, I start three stories. As they begin to take of, the one that captures my imagination the most wins.

APRI: What are you working on currently and do you have any upcoming projects you can tell us about?

JG: I just finished my third crime thriller, Things Not Forgotten. It's being read by several beta readers before I send it off to my editor. I'm currently working on three stories. We'll see which one wins out in a few weeks.

APRI: What conditions help you with your writing process?

JG: I have to be in an environment where I can delve into the story. It used to be that I had to be in my recliner at home with absolute solitude. Over the years, I've been able to hone the craft and although I still need solitude, I can write outside of the recliner.

APRI: What's the biggest mistake you've made as a writer?

JG: When I finished my first crime thriller, Things Left Behind, I joined a local writer's group. I had it in my head this was the greatest crime thriller ever told. Boy, was I wrong. As I read the first several chapters, the feedback I received by the group was anything that was wrong with writing, I had in my manuscript. Head hopping, first person mixed with third person. Grammatical errors. I could have let this discourage me and quit writing, but I humbled myself, rewrote the story and the end product was better than I imagined. What a great lesson to learn as a writer.

APRI: What do you hope people take away from your writing?

JG: To enjoy the ride.

APRI: Can you tell me about some of your strengths that really helped you in writing?

JG: I pull lots of information from life lessons. Most of my characters have some kind of trait, I used to draw them up from people I know, or people I've meet. I also have a great knack for dialogue. It helps to read it out loud.

JG: That's a great question. I've never really thought about it. I guess it's a combination of Michael Connelly and Patricia Cornwell. Maybe a dash of Stephen King, but that might be a stretch.

APRI: What would be your ideal working environment?

JG: To make my living as a writer. If the income paid for my lifestyle, I'd love to be able to write full time. As it is, I write from 4-6 every morning and from 10 a.m. - 3 p.m. every Monday and Wednesday.

APRI: Do you outline your stories before you write them or do you let the plot and characters lead the way?

JG: Sometimes I have an outline. Usually, the plot comes to me, I'll write some of the major pieces of the main story and save it as a file. Then the story unfolds. My stories are puzzled pieces I have to put together. I don't alway write the story in sequential chapters. Some chapters I write don't get used, and the ending always changes. The latter has happened three times.  Usuall, I write the ending about halfway through the story. By the time I get close to the end, it always changes. That's what's great about writing. The unexpected.

APRI: What do you love about writing?

JG: I love seeing the plot play out, the characters come to life and see what unfolds. It's exciting to see what happens, because the story is a living, breathing piece of work.

APRI: What do you hate about writing:?

JG: The second and third revisions to the story.

APRI: What is your advice for writers just starting out?

JG: Once you have a story in your head, start putting it on paper. Don't let it sit in the archives of your mind or the story will never get told. The first draft is just that. Write your story from start to finish and don't worry about it being perfect. No writer has ever written a perfect story on the first draft. This is where the revisions come into play.

Make sure you find a sanctuary to write. Distractions will hinder your ability to write. Also, find a local writer's group. They can provide great feedback. 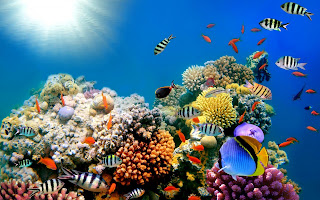 For more information about James Glass see links below:

Posted by Kiler Davenport at 2:35 PM