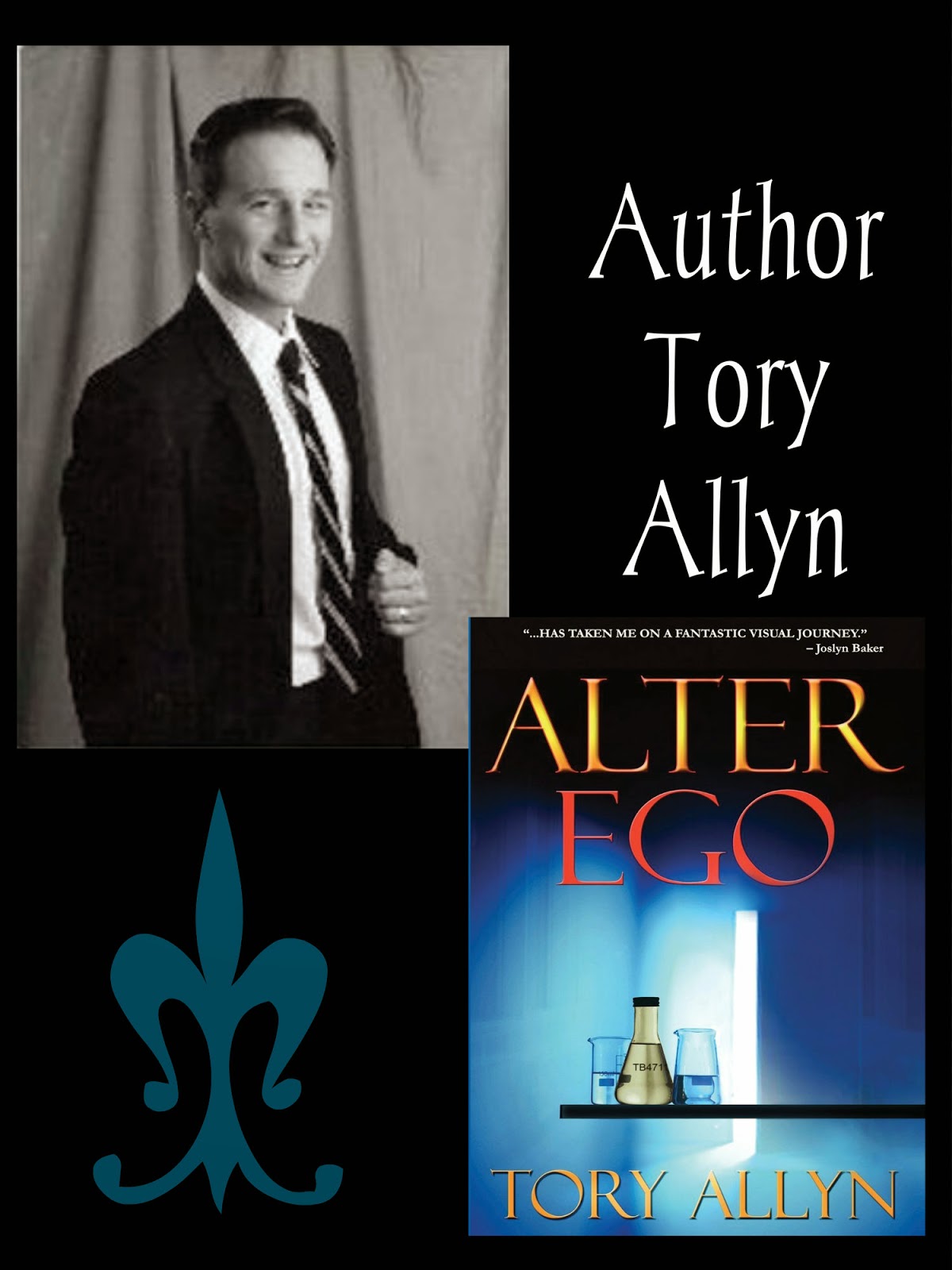 ABOUT THE AUTHOR
Tory Allyn currently resides in Upstate New York. Although born in Syracuse, he was raised in the quaint town of Baldwinsville with his brother and two sisters, who drove him into becoming the crazy person he is today. As a child, he made up many a tale. Some funny; others dark and brooding, but all started him on the path to writing. Today, his nephew, lovingly referred to as The Monster Child, is his partner in crime. Most days, you will see them playing ball at a nearby park, going for a dip in the backyard pool or snowboarding on a popular mountainside. Tory has written his first novel titled, ALTER EGO, has completed a second novel titled, ALTERED STATE, and is currently working on the third which will be titled, ALTER BOUND. All three are a series entitled, THE DAVENPORT DECREES.


About the book – ALTER EGO
Informed by his Captain to retrieve the remnants of a disfigured body, Special Agent JACK STANWICK exited FBI headquarters and raced toward Rockfort, Virginia. As sirens echoed in the distance, he approached the old gravel road that led to Granite's Mill. Jack knew what he was about to see, and with most of 'the brotherhood' dispatched away, outside help was needed. So the experts at the DAVENPORT DETECTIVE AGENCY had to be hired. BREN WILLIAMS, DEREK O'ROURKE and RUSS MUNROE are detectives under the guiding eye of former police chief, RAYMOND DAVENPORT. All four were ex-cops who turned over state's evidence on corruption in their respective precincts, only to be ostracized by the remaining brass. If anyone can immerse themselves fully into ALTER EGO, they can!
Links to Tory Allyn:
Amazon Link to the print version for Alter Ego:
http://tinyurl.com/m2ch8sy
Amazon Link to the kindle version for Alter Ego:
http://tinyurl.com/p2omwpo
Facebook Page for Alter Ego by Tory Allyn:
https://www.facebook.com/toryallyn1962

Posted by Kiler Davenport at 7:17 PM