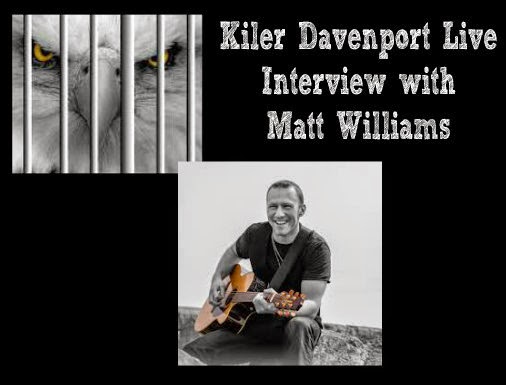 On this episode of Kiler Davenport Live I interviewed Matt Williams of Western Avenue. A little bit about Western Avenue: For Nikki English, Keith Robertson and Matt Williams, music has been a driving force in their lives for as long as they can remember. Together since 2007, they are the members of Western Avenue. This 2013 Ontario Country Music Association award-nominated (Best Duo or Group) trio is winning over audiences with its “hot country” sound, including the catchy first single, “Highway Headin’ Out of Town,” which was picked up by Canadian country radio in the summer of 2012.   Now, with the release of their new single, “Wherever You Are,” from their February 2013 self-titled debut EP, Western Avenue is taking their melody-driven blend of country and pop music to radio in the US and around the globe. Already #33 on the Roots Music Report chart and #83 on New Music Weekly, the single is poised to take Western Avenue to new heights, and introduce them to a worldwide audience of country music fans.
Posted by Kiler Davenport at 5:32 PM