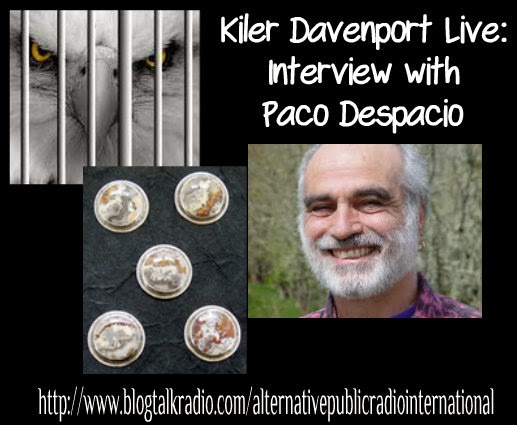 Artist  Paco Despacio  has been making buttons for over 40 years, first as a sideline to support his blacksmith journeyman-ship and as a primary occupation for the past 35 years. He has been selling buttons to Manuel Cuevas (http://manuelcouture.com/ ) for almost 40 years.  He has made buttons for Fiber Artists, Leather Artists, Premier Button Stores, Leather supplies, and collectors.  His buttons are in some of the world’s best buttons collections and a single button recently sold for $500 at an auction. Paco Despacio works with a large variety of materials, copper, silver, brass, not gold, bone, antler, fossilized ivory, found objects, ancient and modern coins, ancient and exotic objects such as oosik.  Most of his buttons are fabricated by hand using stamping, forming, engraving, soldering.  Some of his fabricated buttons reproduced by casting. Outside the button collector world,Paco live in obscurity in a small town in Southern Oregon.  A couple months ago he hauled his tools to Nashville and set up shop in Manuel’s basement so he could work alongside him to create buttons worthy of the quality of his garments.
Posted by Kiler Davenport at 6:24 PM