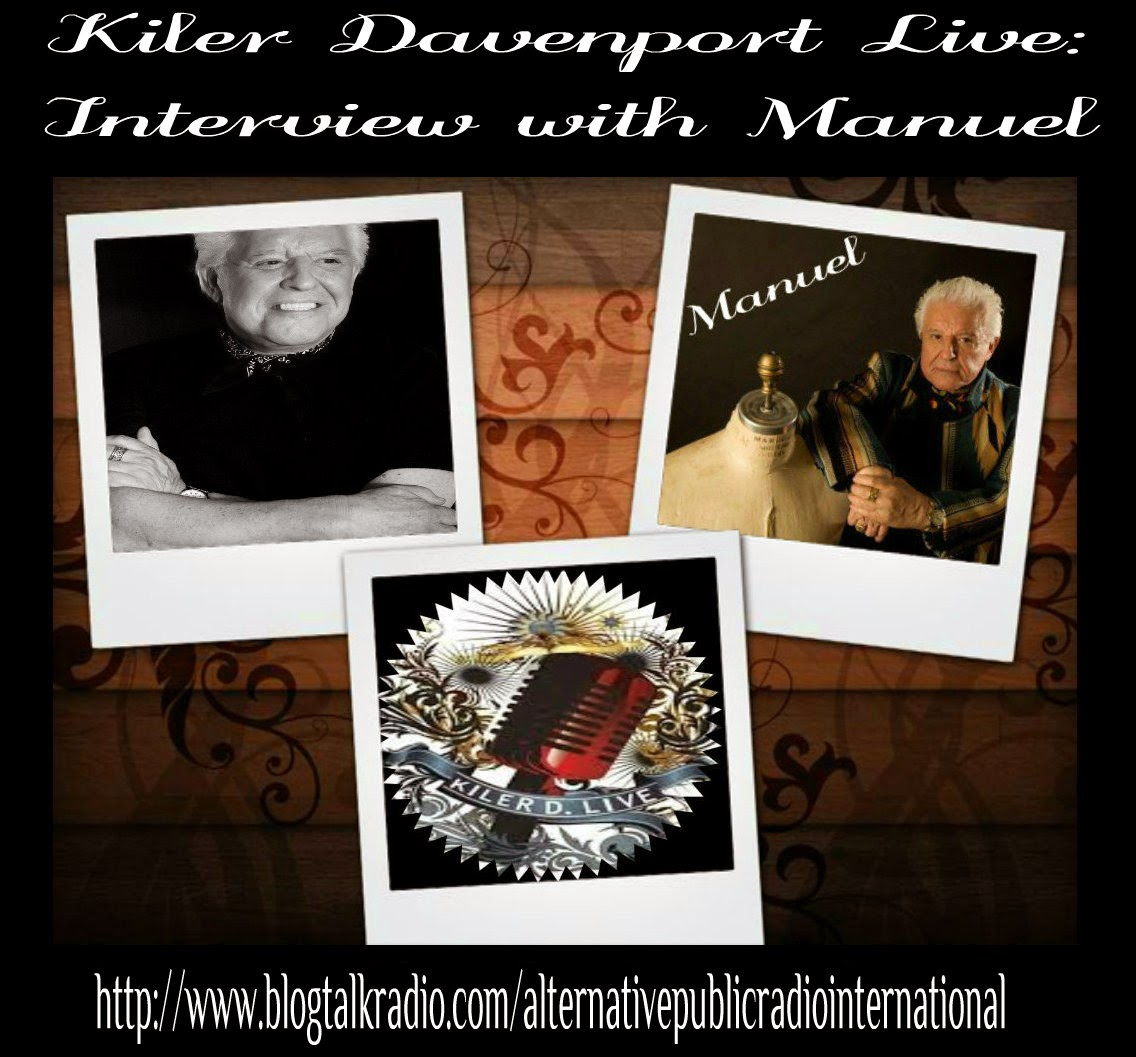 Interview with Manuel with Kiler Davenport by Kiler Davenport on Mixcloud
About Manuel:
The man is not a fashion designer; he is a costumer and an artist. His original designs have become the trademark of true American style. One name says it all; he is Manuel.

Often referred to as the "Rhinestone Rembrandt," Manuel hails from Coalcoman, Mexico, a small town in the central western state of Michoacan. Manuel's fascination with his craft began at the age of seven, when his older brother, Adolfo, taught him how to sew. With a natural flair for color and cloth, Manuel moved to Los Angeles and worked for several tailors, including Hollywood's Sy Devore - making suits for clients such as the Rat Pack.

Manuel has been recognized many times for his marvelous contribution to the pop culture. He was given the Hispanic Designers MODA award in 1992 and the "Intercoiffure" American Design award in 1996. Manuel proudly received special recognition from the Country Music Association in 2006 and several awards from Cody High Style. In 2012, Manuel was awarded the Lifetime Achievement Award by the President of Mexico.

To find out much more about Manuel go to http://www.manuelcouture.com and click on About Manuel

Posted by Kiler Davenport at 9:53 AM